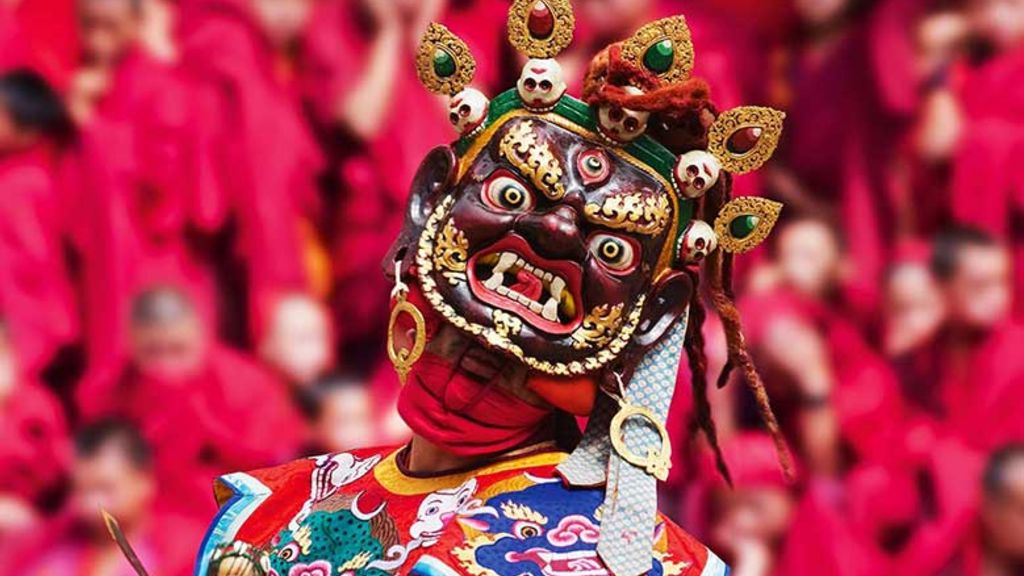 Have you ever wished, if you could get away from the world, away from pollution, crimes, super-hot summer, mega stress and all the things you could think of, and have a great vacation with your family or friends or even alone and have the most amazing and memorable experience of your life in a place like you have never seen before, than please read on…

The flight to Paro is one of the most spectacular mountain flights in the world, with a constantly changing panorama of some of the highest mountains on earth. Our Bhutan Travel Bureau representative will meet you at Paro airport exit doors following customs formalities.

After lunch enjoy afternoon sightseeing around Paro, including a visit to the Ta Dzong Museum housing many religious relics, works of art and handicrafts offering a great orientation into Bhutan’s historical, cultural, and religious past. Next, visit the Rimpong Dzong to see the painting of the great saint Milarepa, considered as the master of meditation by the Bhutanese and believed to have attained enlightenment in a lifetime. Dzong’s are large monasteries and district administrative centers, which were once strategic forts. Afterwards, drive to the capital, Thimphu (1.5 hours) following the Pachu River. Before dinner at the hotel there will be an orientation on Bhutanese etiquette by your guide. Overnight at your hotel in Thimphu.

Once a rustic village sitting in a broad, fertile river valley, Thimphu is today the nation’s bustling capital. Enjoy a full day of sightseeing, including a visit to stunning Buddha Dordenma Statue, made of bronze and gilded in gold, and the National Memorial Chorten depicting the Buddhist faith in the form of paintings and statues. This temple was first initiated by the Third King as a protection from the negative elements of modernization, and as a monument to world peace. The Royal Queen Mother completed it as a memorial stupa for the Third King who passed away in 1972. Continue on to 12th century Changangkha Temple, The National Library housing the collection of Bhutanese scriptures dating back to the 8th century and Tashichhodzong houses some ministries, His Majesty’s secretariat, and the central monk body.

If your visit to Thimphu coincides with the weekend, you can walk through the Thimphu Market to see the variety of food of Bhutan, including basket upon basket of fiery chilies, fresh cheese and a variety of fresh greens. In addition, many stalls contain Bhutanese handicrafts and household items. (This market is open only from Friday until mid-Sunday). Overnight at your hotel in Thimphu.

Leave Thimphu early after Breakfast up to Dochu-La pass (3,100 meters) to attend the spectacular Druk Wangyal Festival (45 Minutes’ drive, 22 km). Set amidst this breathtaking backdrop of Himalayan Mountains, the Druk Wangyal Tsechu is an experience unlike any other and truly exemplifies Bhutanese cultural traditions. The Druk Wangyal Lhakhang was built over a period of four years (2004-2008) under the vision and patronage of Her Majesty the Queen Mother Ashi Dorji Wangmo. The Lhakhang honors the courageous service of the Fourth King, who personally led the troops against the insurgents, as well as the regular Armed Forces of the country. The Druk Wangyal Tshechu is a unique festival performed by the Royal Bhutan Army rather than monks or lay people. It is a tribute to the wise leadership of His Majesty Jigme Singye Wangchuck, the Fourth King of Bhutan. It also celebrates the continuous efforts of the Royal Bhutan Army in protecting the sovereignty and the stability of the country.

Afterwards drive towards the Royal Botanical Park at Lamperi, which is situated at an altitude range of 2,100m to 3,800m. The park (47 square kilometers), serves as the biological corridor connecting to the Jigme Dorji National Park and Jigme Singye Wangchuck National Park.

Continue on to Punakha where you will have the remainder of the day at leisure. Stroll around Punakha town in the evening. Overnight at hotel in Punakha.

Punakha was the ancient capital of Bhutan. Visit Punakha Dzong, the “Palace of Great Happiness”. Built in 1637 by the Zhabdrung, the ‘Unifier of Bhutan’, Punakha Dzong is situated at the confluence of the Mo Chu and Pho Chu (Mother and Father Rivers). It is the winter headquarters of the Je Khenpo and hundreds of monks who move en masse from Thimphu to this warmer location. The three story main temple of the Punakha Dzong is a breathtaking example of traditional architecture with four intricately embossed entrance pillars crafted from cypress and decorated in gold and silver. It was here in 1907 that Bhutan’s first king was crowned.

After lunch enjoy a walk to Chimi Lhakhang, temple of the Drukpa Kuenly who is also known as the Divine Madman. He inherited the Divine Madman title since he revolted against the orthodox Buddhism in his time. He taught the people that religion is an inner feeling and it’s not necessary that one should be an ordained monk. He is also considered a symbol of fertility and most childless couples go to his temple for blessing. Overnight at your hotel in Punakha/ Wangdue Phodrang.

In the morning drive to Yabesa village and hike to through rice fields and up to Khamsum Yueley Namgyal Chorten, built by her majesty the queen Ashi Tshering Yangdon Wangchuk. Perched high on a hill on the bank of the river, the Chorten houses paintings belonging to Nyingmapa Traditions.  Take a picnic lunch on a picturesque riverside.  Built in 1639 the strategically located Wangduephodrang Dzong is perched on a spur at the confluence of two rivers. The four-century-old architectural wonder was however destroyed by fire in 2012 and is now under reconstruction.

Drive to Paro, visiting Semtokha Dzong en route. The Dzong, built in 1627, is the oldest in Bhutan. It now houses the Institute for Language and Culture studies. On arrival in Paro, check into the hotel. Overnight at your hotel in Paro.

After breakfast hike to Taktsang Monastery. The trail is broad and the walk of approximately 2 hours uphill takes you almost a kilometer above the Paro valley floor (for those who cannot hike we will arrange a horse for transfer up to the viewing point). The view of Taktsang Monastery built on a sheer cliff face 900 meters above the valley floor is a spectacular sight. The Monastery is also an important pilgrim site for the Buddhists. According to legend, the great Guru Rimpoche is said to have flown here on the back of a tigress when he brought the teachings of the Buddhist Dharma to Bhutan in the 8th Century. He then mediated in a cave there for three months where the monastery was later built. Nearby there is a teahouse where you can stop for refreshments.

Alternatively, day 6 could be spent on a day trip to the Haa Valley, one of the most picturesque districts in Bhutan. Reached via the beautiful Chelila Pass, Haa Valley is characterized by its surrounding rugged and mountainous terrain. Overnight at your hotel in Paro.

Today we drive back to Thimphu after an early breakfast to witness National Day celebrations in Thimphu at Changlimithang ground with the locals.

Bhutan celebrates 17th of December as its National Day.  The day came to be celebrated as the National Day after Gongsar Ugyen Wangchuck was enthroned as the first hereditary monarch of Bhutan on 17 December 1907.

After many interesting cultural and sporting activities, the day will end with a Tashi Lebay praying for many more such days in the future. In fact, we all pray for even happier and more glorious days for Bhutan and the Bhutanese.

Drive back to Paro and Overnight at your hotel in Paro

Breakfast in the hotel, then drive to the airport for flight to your onward destination.
Tashi Delek!  Best wishes!

FLIGHT DETAILS FOR THIS BHUTAN TOUR

All of our trips are private, tailor-made tours for independent travel. We can customize your tours and trips according to your choice of date and time so that you can spend more time in the places doing the activities that you are interested in. This tour can be experienced all year around.


HOTEL USED for the Accommodation for this TRIP:


The Tour Cost Does Not Include: