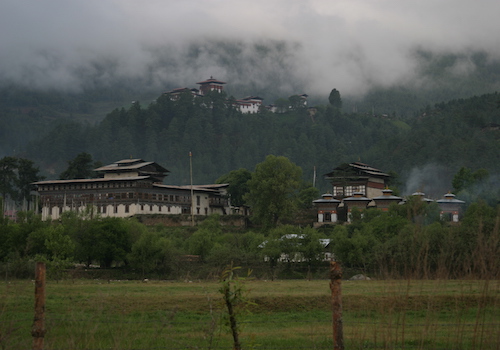 6 Days Solo Tour in Bhutan. Bhutan has only been accepting tourists since 1974 and the number admitted is currently 50000 per year, so there is neither a well-developed Hotel nor a tourist center but offers the most natural and raw beauty. The Country is dwarfed by its great neighbor India and Tibet, and only one-third the size of Nepal is nonetheless slightly larger than Switzerland. Its official name, Druk Yul, means land of the Thunder Dragon. the emblem portrayed on the national flag. And also a land of the Drukpa Kagyu School indicating the tradition of Tibetan Buddhism which has come to dominate Bhutanese religious life since the 7th century.

Flights to Bhutan is one of the amazing flights into Paro International airport. Paro is the only airport in Bhutan and there is no other way to enter Bhutan by flight. Upon arrival at Paro, you will be received by our team from the Tour Bhutan team and assist you to Thimphu. Visit Taking preservation center and while returning hike the short nature takin trail. Over night at Hotel.

Explore the nature of Thimphu, visit the Tango monastery. The hike is about 1 hour through the pinewood forest. The place also falls on Jigme Dorji National Park. The park has many endangered animals like Himalayan Black Bear, Blue Sheep, Snow Leopard, etc. In the afternoon visit the botanical garden which is about 30 minutes drive from the main city.

Explore Punakha valley. After early breakfast drive to Punakha via Dochula pass. On a clear day the pass offers the 360-degree view of 10 Himalayan peaks. The place is best for photography during a clear day. You can also spend some time doing hiking towards the mountain. The trail leads to a small monastery in the mountains. Further, drive down to Punakha. In Punakha visit Punakha Dzong one of the beautiful Dzong in the country. Over night at Hotel.

Paro is small traditional village in western Bhutan which approximately 50000 people living in the district. The district is very important for Bhutan because it is the only International airport of the country.

Start early to get a good view of snow-capped Chomolhari mountain (7326M) from chelela pass(3988m). On the way, you can make the Hike down from chelela pass through rhododendron forest and wildflowers. The downhill hike will take you 1 hour to reach Kili Goenpa nunnery perched over a cliff just like Taktsang. Your pack lunch will be served with a monastery view. After lunch drive further down to view the Paro village.

Your 6 days Solo Trip to Bhutan ends here today. Our team from Tour Bhutan will assist you till airport and bid you farewell.

What is Excluded in the Cost?